Although they only appear to be a rubber strap with teeth; Timing belts are essentially responsible for making an engine’s internal components move at precisely the right time. Whats more the moving parts inside the engine essentially share the same space within milliseconds of each other moving in and out of the shared space. Ergo if one component were to mistime its part in moving away before the other was inbound, there would be a destructive collision of metal internals… This is no doubt a costly experience!

“Timing or Cam belt failure is a very costly repair, and that is why it is imperative to keep up with belt replacement maintenance intervals”

A mere idling engine can complete in excess of 700 revolutions per minute (RPM), and ONE rpm is enough to cause a series of this metal on metal devastation. Travelling at speed when a belt breaks or slips will likely rotate hundreds if not thousands of times before motion is bought to a halt.

We also advocate the use of none other than OE or OEM replacement parts and as standard always replace ALL serviceable ancillary timing belt components such as guide rollers, tensioners, pulleys and if applicable the water pump with all timing belt applications.

The replacement interval of a vehicles timing/cam belt will vary depending on the manufacturer and model, there are 2 imperative rules regarding timing/cam belts that ALL motorists should know:

Rule 2: Never solely replace the belt itself, it is strongly advised that all guide rollers, tensioners, pulleys and in some cases water-pumps are also replaced as good practice.

WHAT HAPPENS WHEN A TIMING BELTS BREAKS?

WHY DO TIMING BELTS BREAK?

The idlers/guide rollers and tensioniors that the belt is fitted to are the most common reason for a broken timing/cam belt. Bearing seizure and wear causes the belt to be burnt, torn or even slip off. 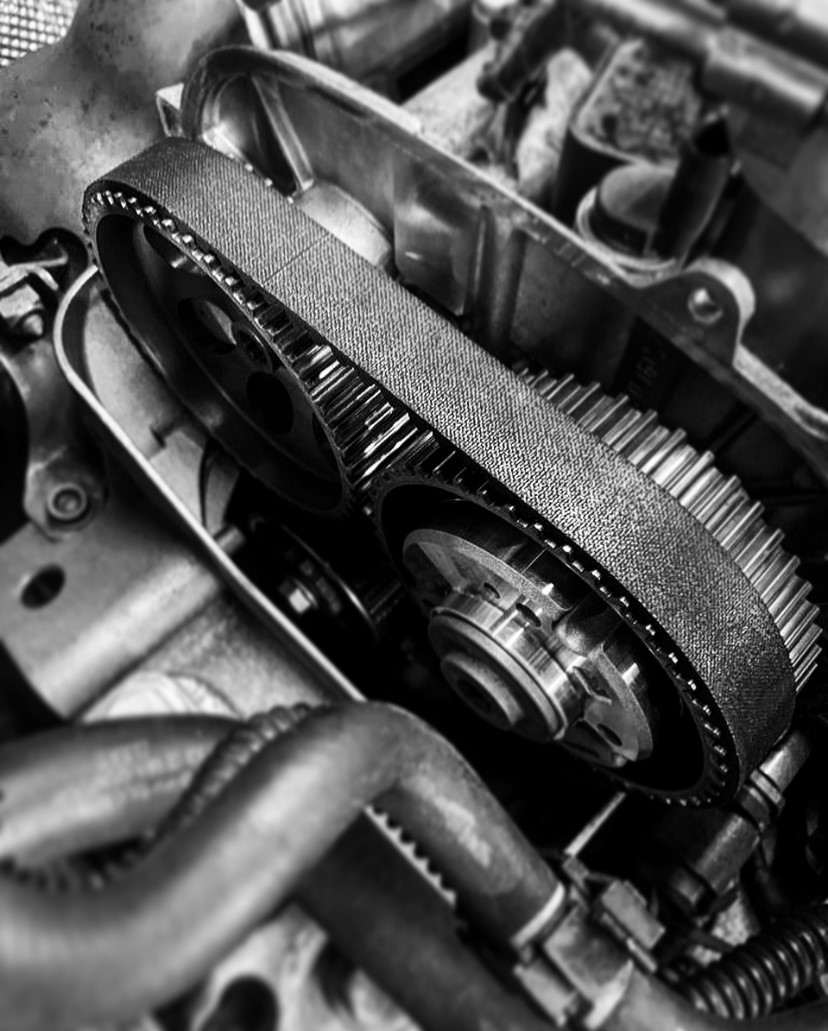 CALL OUR TEAM FOR A QUOTATION TODAY!

We use cookies to ensure that we give you the best experience on our website. If you continue to use this site we will assume that you are happy with it.OkPrivacy policy